This case study is written in first-person from the perspective of Godson Michel.

As an event conference company with a media team, you can end up with A LOT of footage.

Sometimes thousands of hours of footage.

The Ophthalmology Innovation Summit (OIS) is part of an event conference portfolio that connects physicians, investors, innovators, C-suite executives, and pharmaceutical titans all under one roof to advance in the future of digital health in ophthalmology, aesthetics, and medical technology.

While OIS events are typically one-day conferences dotted throughout the year in different cities in the United States, the OIS team still wanted to engage their attendee base with event footage year-round. The OIS team created a YouTube channel and would upload their videos a few weeks after every event. The average view count of a video was under 20 views. 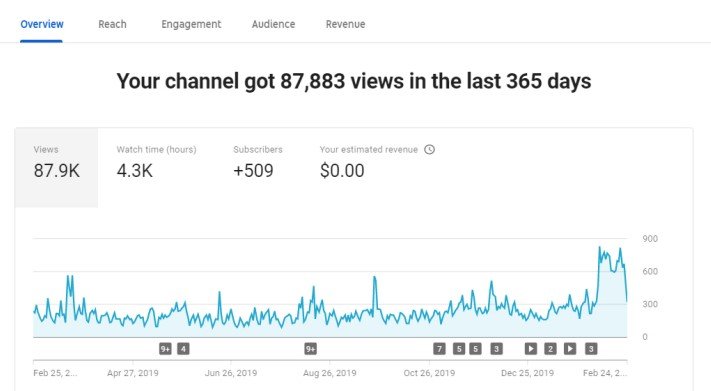 YouTube is underrated for most small businesses. It’s often seen as just a place to upload funny videos or watch influencers unbox their mystery boxes. Still, it has tremendous value for corporate organizations that understand how to leverage the platform’s scale.

For example, we his abandoned carts, one of the essential elements of an e-commerce email strategy. Shopify plans include standard abandoned cart email sequences that you can turn on in your backend settings. From our experience, these are okay, but for brands looking to see more than incremental growth, we knew it was better to build our own. We used industry research and data from Google Analytics to determine the best send frequency to release those emails. As a result, we exceeded the average industry open rate.

After entirely revamping and overhauling the YouTube channel program for Ophthalmology Innovation Summit, they were able to see incremental gains in just a few short weeks. The improvements included a nearly 50% increase in the number of views on the OIS channel, indicating that OIS videos were now more visible in the search results not just for YouTube, for Google overall, the parent company.

If you’re looking for an agency to develop your YouTube marketing strategy and drive views that lead to conversions, consider working with Blue Surge Marketing Agency. We’re versed in building consistent growth over time on YouTube by assisting in videography, editing, YouTube SEO, and strategically distributing the completed videos on external channels such as email and social media.

How much will a monthly marketing package cost you?

Get a free quote in less than 2 minutes...